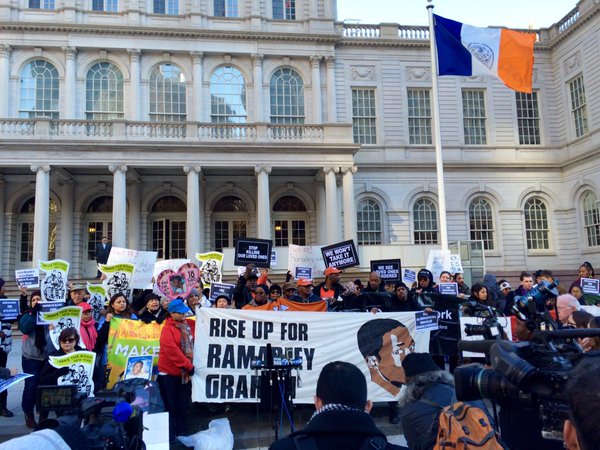 Ramarley Graham was shot & killed on February 2, 2012 in the Bronx by NYPD officer Richard Haste. Ramarely was unarmed & was not committing a crime at the time of his death. He was shot and killed in front of his grandmother in the bathroom of his home after Officer Haste chased him into his apartment building. Ramarley was only 18 years old at the time of his death.

Since his death, Ramarley’s parents and New York City community organizers have been advocating for justice for his son’s death. As part of their efforts, large demonstrations, overnight vigils, and press conferences have been organized – in collaboration with the Justice Committee and Communities United for Police Reform. Although a grand jury failed to indict Haste, an NYPD internal review found he used poor tactical judgement and recommended his dismissal. Constance Malcolm, Ramarley’s mother, wrote a devastating op-ed in the New York Times – “The Police Killed My Unarmed Son in 2012. I’m Still Waiting for Justice” – denouncing the city’s failure to fully act in the case and connecting the death of her son to other police killings in the city. Shortly thereafter, Haste retired in March 2017 instead of being fired. 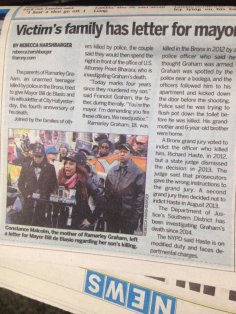 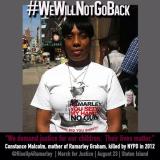